Brothers, Andrew and Joseph, have entered into the UK Ironman competition, which is due to take place in Bolton on 19th July 2015. This gruelling tournament consists of a 2.4 mile swim at Pennington Flash, flowed by a 112 mile bike ride and a 26.2 mile run. Each activity takes place in succession, with all of them having to be completed within 17 hours. Unlike many competitors, neither Andrew nor Joseph have competed in any of these disciplines before. Andrew commented: “It is a massive challenge for us with only 10 months to train. We are doing the event for personal goals and to raise money for charity.”

Sadly, last April, Andrew’s grandfather passed away. In his memory, Andrew will be participating in the event for Prostate Cancer UK with the aim of raising £1,000. Joseph will be raising funds for PSP Associated (Progressive Supreanuclear Palsy) as his grandfather is currently suffering with this very rare disease, which only 4,000 people in the UK have.

The event is very much at the heart of the family. Joseph’s grandfather lives along the cycle route and despite him being very ill, he will be sat on the side of the road watching the event. Not only that, Joseph Settle (Snr.), father to both Andrew and Joseph, owns a bakery shop which has been in the family for over 35 years and resides on both the cycle and running route.

Andrew and Joseph have keen ambition to complete the triathlon in just 15 hours and have commenced training in preparation. Andrew stated: “Training has gone okay and we have improved at all three disciplines since training commenced in mid-July when we knew we had a place at the event. I have joined a running club and some of the members go out on the bike also so that has been helpful to learn some tips as I had never ridden a road bike before.” In further preparation for the event, Andrew has also signed up to compete in a sprint distance triathlon so that he can become accustomed to the race environment and the changeover in activities.

If you wish to assist Andrew and Joseph in raising much needed funds for their chosen causes you can donate here. Closer to the event, Andrew will also be running competitions for those who have donated in order to win fabulous prizes.

Eventura would like to wish both guys the best of luck in both training and the event. We cannot wait to see you cross the finish line next year!

The State Funeral of Her Majesty Queen Elizabeth II

The Sad Passing of Her Majesty Queen Elizabeth II 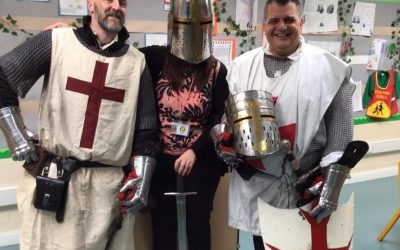 Device Protection In Your Business

Before the worldwide normalisation of smartphones, mobile security was not a major consideration for the vast majority of business leaders. But today, they are a significant issue for cybersecurity, which is one of the most important considerations of the digital age....

Supply Chain Challenges and Tips For 2023

Supply chain logistics are constantly evolving, but there’s no doubt that the coronavirus pandemic caused heavy disruption on a global scale, creating major supply chain problems for businesses who rely on imports. As 2023 gets underway, these challenges and more are...

What is cloud hosting?   Cloud hosting is a type of web hosting that houses applications and data on a number of remote servers connected to create a virtual cloud. The remote servers are managed and maintained by the vendor, with access to your software and...